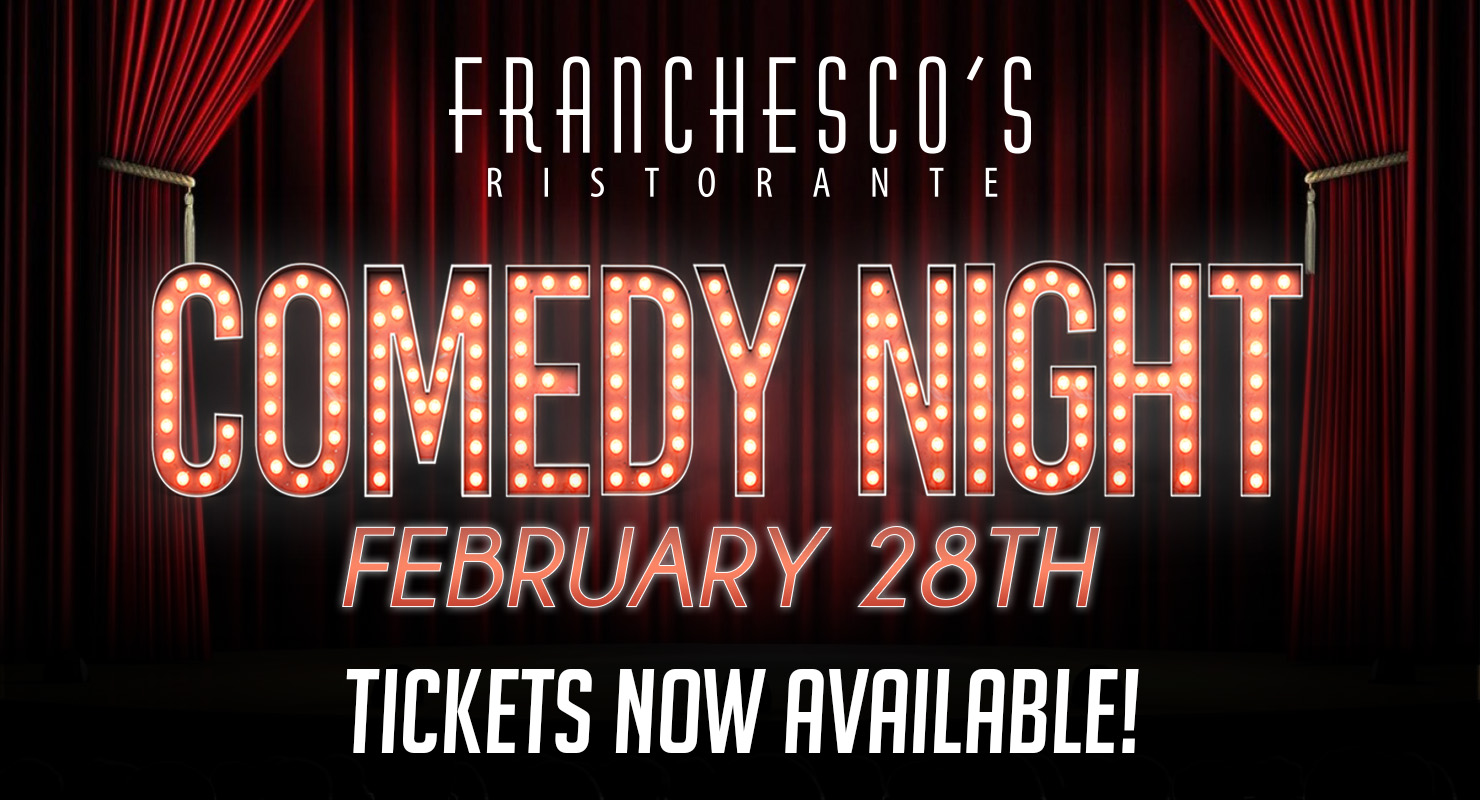 Comedy Night at Franchesco's!
Register with

AN EDGY AND LOVEABLE CHARACTER ON STAGE, VINCE ACEVEDO HAS BEEN A COMIC THAT HAS A PERFORMANCE STYLE ALL HIS OWN. AS HE STANDS ON STAGE HE PREFERS TO RELAX WITH THE CROWD AND GET THEM TO PAY ATTENTION TO HIS STORIES SO WHEN THE TIME IS RIGHT HE CAN ATTACK WITH HIS CLEVER PUNCHLINES AND JOKES THAT RANGE FROM PERSONAL LIFE, LOVE AND FAMILY EXPERIENCES.

Derek Graff is a Chicago based stand-up comedian whose dry, self-effacing style has made him a Midwest favorite. His small-town upbringing and big city experiences have given him plenty to laugh at himself about. Derek performs at clubs and festivals all over the country including Zanies, The Laugh Factory, Accidental Comedy Festival, The Dallas Comedy Festival, and the Whiskey Bear Comedy Festival.